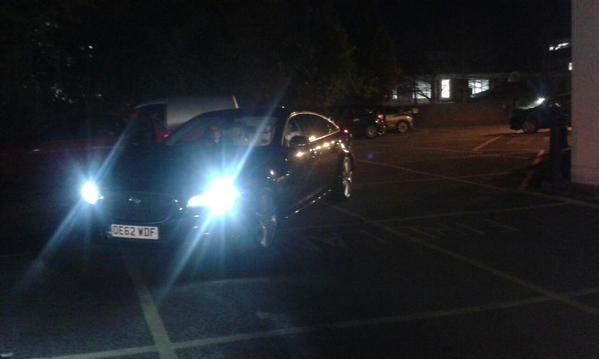 This evening we went Nigel spotting.

Nigel has decided not to respond to UCU’s Freedom of Information request about how executive pay is set at the university. Staff, who have faced a 15% real terms pay cut over 5 years, are interested to see how Sir ‘No confidence’ himself decided he was worth £348,000 and after a huge vote of no confidence it seems like students are interested in his pay too.

Why has Nigel decided he doesn’t need to justify his colossal pay packet?

80% of other universities were able to respond to UCU’s requests – why couldn’t Warwick?

WFFE thinks that Nigel is much less serious about community, democracy and accountability than he claims. In fact, the whole university management structure seems to not take seriously the opinion of the students and staff the university relies upon. They ignore our democratic demands at every turn. We have SU policy supporting free education, a better pay deal for staff, a more democratic university structure, and lower living costs on campus. What have they done in response? Nothing.

And so we went to try and find Nigel. He was attending a drinks reception in the arts center. As we arrived, plainclothes security were deployed on the door, and soon the drinks reception went into lockdown. A sleek chauffered jag pulled up at the rear door ready to evacuate Mr No Confidence in true executive style…

Even in a university system where the vast majority of universities treat students as consumers with no valid opinions in the way in which institutions are run, Warwick is exceptionally bad. There is a general problem in university democracy both nationally and internationally, which is caused by the spread of tuition fees and market-led approaches to education. Unless something changes, Warwick will become less of an exception and more of a norm.

This seems like a good time to express solidarity with the occupiers of Univeristeit Van Amsterdam, who are also fighting managers with no interest in democracy. Free Education does not just mean a lack of tuition fees – it means the liberation of education, and we cannot claim to have liberated education until students and staff control of the institutions we work in.